Richard Nowell Briggs of Whalley died in 1945. 75th years later we were contacted by Ruud Scholten of Brunssum, Netherlands who kindly sent us some photographs of Brunssum War Cemetery, Limburg, Netherlands where Richard is buried. Richard's grave has been adopted by Edmond Ackermans for years. The main photograph of his headstone has been placed on the Remembrance page on the Rvremembrance.info web site. The Briggs family are now dealing directly with the family who adopted Gunner Briggs/Grave. 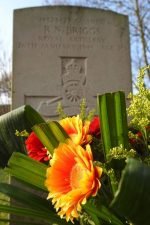 May 8th marks the anniversary Victory in Europe Day, or V E Day. As Winston Churchill announced the end of the war in London, crowds filled the streets from Trafalgar Square up to Buckingham Palace. Princess Margaret and her sister Elizabeth, the future Queen Elizabeth II, were among the crowd taking part in the celebrations.

Today is the 8th of May, the 75th anniversary. We are very pleased that a film has been produced to mark the anniversary and that the film includes items from the Clitheroe Youth Forum website. Also interviews of some of the veterans that were involved in our earlier project. Credit is  given to Clive and Barbara Greenwood.

£500 received from the Community Fund via the John Laing Foundation. The money to go towards the quad biking - road safety course.

Kaitlin Wrighton winning the Outstanding Achievement Award this evening at the Lancashire Clubs for Boys and Girls Awards held at the Lancaster House Hotel Tuesday 3rd December 2019. Kaitlin won this award for persuading a young woman to come down and then took her home. The young woman was dressed only in a thin nightdress and stood on top of a railway bridge waiting to jump when the next train came along. Kaitlin seen here with the Chairman of Clitheroe Youth Forum Mel Diack MBE who nominated her. 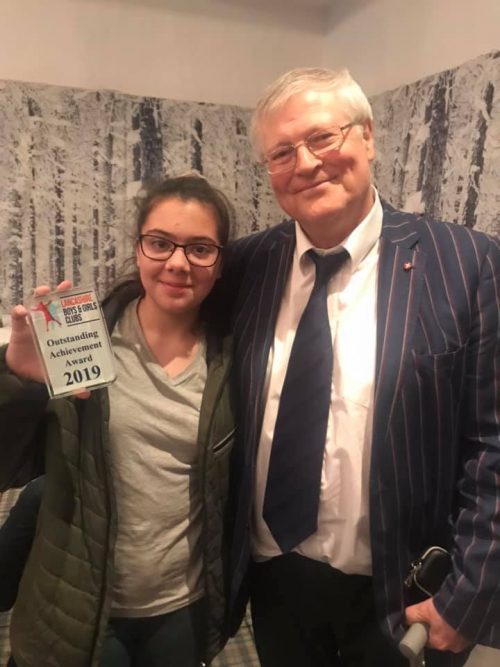 We have become members of the Hyndburn &  Ribble Valley CVS and this is shown on our Partners page. We would like to thank them for their support over the years.

We give a thank you to Tesco and those in the community who voted for us to receive £2,000 towards positive activities.

An article in the Clitheroe Advertiser on April 5th was titled Teen's charity efforts rewarded.
An inspirational teenager has scooped third position in the High Sheriff of Lancashire's Young Citizen of the Year 2018 awards.
Jayden Whalley was recognised for his community spirit supporting the Firefighters Charity. Jayden has contributed to raising more than £15,000 towards the Firefighters rehab centres. He is also a member of Clitheroe Youth Forum.
The photograph shows Jayden receiving his award from Mr Robert Webb High Sheriff of Lancashire.

A great thanks to Mr Nigel Brooke for supporting Clitheroe Youth Forum with a donation of £2,000 which has gone towards several projects such as the quad biking, days out at Flip Out , Activities in the Lake District and transport.