On Saturday 19th September 2015 the Clitheroe Youth Forum held their Memorial unveiling at Sykes Green, Langden Brook near the village of Dunsop in the heart of the Trough of Bowland, Lancashire for the 25 Airmen who lost their lives in 15 separate plane crashes during World War Two and the early part of the Berlin Air Lift.

The full article is on the Remembrance Site but we have additional photographs here.

Thanks to Duane and Diane Lyon for the above photograph 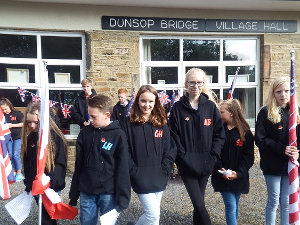 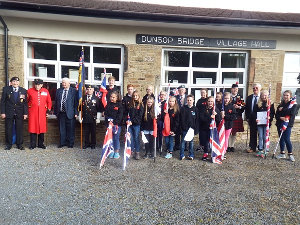 Clitheroe Youth and others outside Dunsop Bridge village hall 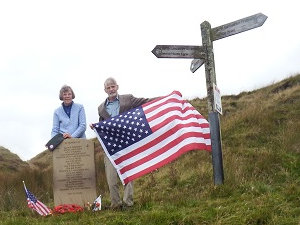 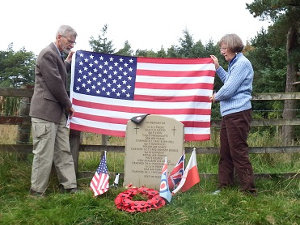